Adrian Gurza Lavalle, Researcher at CEM, is one of the editors of a book that proposes a new way of analyzing the relationship between the state and social movements.
Janaína Simões

One of the results of the interaction between the State on the one hand, and social movements and civil society organizations on the other, is an increase in state capacity which allows social policies to reach social groups that are spatially and culturally distant from bureaucracies. According to research collected in the book “Social Movements and Institutionalization: Social Policies, Race and Gender in Post-Transition Brazil” (“Movimentos Sociais e Institucionalização: Políticas Sociais, Raça e Gênero no Brasil Pós-Transição”), these improvements can be seen in the areas of primary healthcare, social assistance, housing and immigration and for black and indigenous populations, women, children and adolescents. The book condenses more than a decade of collective research and reflection, and proposes a new approach to studying the relationship between social actors, social movements and the state and political institutions.

The publication was launched by the publisher of the State University of Rio de Janeiro (UERJ) – EdUERJ, the Center for Metropolitan Studies (CEM), the Instituto de Estudos Sociais e Políticas at UERJ (IESP-UERJ) and the Fundação de Amparo à Pesquisa do Estado de São Paulo (Fapesp). The book was edited by Adrian Gurza Lavalle, researcher at CEM-Cepid/Fapesp and Professor in the Department of Political Science, Faculty of Philosophy, Literature and Human Sciences, at the Universidade de São Paulo (USP-FFLCH); Euzeneia Carlos, Professor at the Department of Social Sciences at the Federal University of Espírito Santo (UFES); Monika Dowbor, Postdoctoral Researcher at CEM-CEPID/FAPESP and Professor of the postgraduate program in Social Sciences at Vale do Rio dos Sinos University (Unisinos); and José Szwako, who was Postdoctoral Researcher at CEM-Cepid/Fapesp and is now professor at IESP-UERJ. The book can be purchased on the EdUERJ website.

“The book is based on a critical review of the literature, from which we developed a new proposal for better understanding how the relationship between actors/social movements and the state takes place”, explains Gurza Lavalle. There are two innovations in the way this relationship is studies, firstly in the focus on interactions between the state and social movements, and secondly in understanding that such interactions are mutually constitutive of the both state and the capacities of social movements.

Traditionally, studies have tended to imagine or characterize the state as a relatively monolithic institution, contained from the demands of social actors. In such approaches, the relationship between State and social movements might lead to two outcomes: demobilization, when the demands of the movements are met, or the cooptation of members with neutralizing effects.

In this dichotomous understanding, the state is the ‘negative’ pole of the relationship, unable to understand the demands of the movements, while the movements are the ‘virtuous’ pole, raising genuine demands. These studies basically focused on the confrontational relationships between the two. “When this relationship did not follow a logic of contentious politics, it was assumed that the state was co-opting social actors. These, in turn, would undergo processes of demobilization or bureaucratization”, he adds.
The moment social movements enter the state, their nature would change and they would become like private actors in the market or like state actors. Therefore, the only possible way out for social actors and movements would be to remain 'outside' the state and renounce the temptation to occupy positions in bureaucracies or become part of political bureaucratic power. 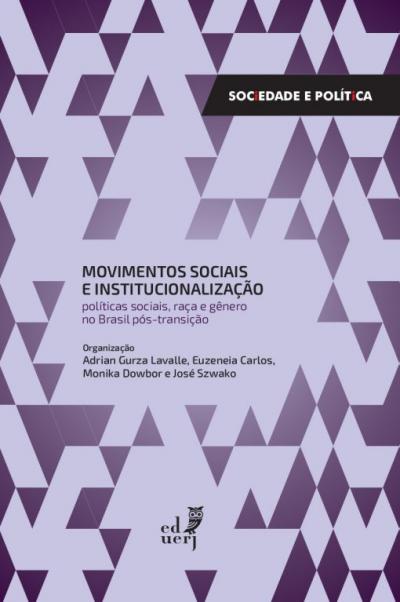 Looking at the connections

Gurza Lavalle explains that these traditional ways of thinking do not show the diversity of relationships between organized social actors and the state. "Either the world was observed from within social movements or from within the state", he says. These analyses do not show the process of interpenetration between social actors and political institutions, as the researchers observed when analyzing various movements and their relationships to the state during Brazil’s post-transition period, the key milestones of which are the end of the military period in 1985, the 1988 Constitution, the rise to power of the PSDB, and the fall of the PT via impeachment in 2016.

“In the post-transition period, several public policies started to be built through processes of interaction between the state and social actors, as can be seen in the cases of public policies in areas like the environment, combating HIV/AIDS, the creation of the Unified Health System (SUS), in social assistance, in policies aimed at the black population, in the financing of family farming”, he explains. "These policies can only be understood when we analyze the intense process of interaction between social actors and the state throughout the development of policies", he adds.

To study these arrangements, the researchers sought assistance from the neoinstitutionalist literature. According to this approach, the state has autonomy, that is, it does not operate merely as a reflex or at the service of economic interests, as the functionalist Marxist literature proposes, nor is it just a decisionmaker settling disputes between power groups, as the pluralist literature argues. The neoinstitutionalist model was advanced by the polity approach. It proposes that the ability of social actors to act successfully depends on how they manage to articulate with and fit into the State.

By developing an approach that both corrects some limitations of the neoinstitutionalist approach and expands ideas that remained underdeveloped within it, it became possible to understand that the state's capacity for action, or state capacities, and the repertoires and possibilities of action of actors and social movements are built reciprocally in interaction between the two. Policies for the treatment and fight against AIDS in Brazil offers an example. “The state had no capacity: it was a new disease, there was no understanding of it, there was no bureaucracy within the state that specifically dealt with the epidemic. Everything was built on the relationship between the health ministry and departments, and the LGBT movements and AIDS NGOs. Through this process, the state developed administrative capacities and produced policies that gained worldwide recognition”, he recalls.

Social actors also improve their capacity to act. “For example, an NGO might demand campaigns for the use of condoms from the Ministry of Health, or treatments from SUS, it might obtain resources from the Ministry or receive financial loans from the International Monetary Fund (IMF), which were very important for the creation of NGOs focused on the AIDS epidemic in Brazil”, he comments.

The gains in the capacities of the state and of social actors occur through the production of symbioses, which are the institutional sedimentations of interaction processes that acquire their own autonomy and density. An example is housing policy in the state of São Paulo and the difficulty of making social housing accessible to low-income groups. In the relationship between the state and housing movements, the former incorporated the idea of ​​'mutirão' (co-operative) housing demanded by the latter, turning it into a public policy option.

In doing so, the state develops the capacity to reach a population it could not previously and it also benefits the social actors who helped to build the model and who subsequently become intermediaries for financing it. These, in turn, start to apply selectivity similar to that of institutions, defining who will or will not benefit, and influencing the implementation of public policies. When social actors are recognized institutionally as having legitimate demands, the role of representatives of certain social groups is recognized, and they are able to exercise of public functions (such as the construction of social housing), a configuration appears in which they exercise agency within a specific sphere of a public policy.

The recently released book maps the construction of spheres of agency in several areas, such as health, migration, urban and socio-educational policies, and cross-cutting policies structured by race, gender and ethnicity. “Some of the book’s authors were Postdoctoral Researchers at CEM, without this stable support for research agendas we would not have been able to develop the theoretical approach that we are proposing”, he points out.